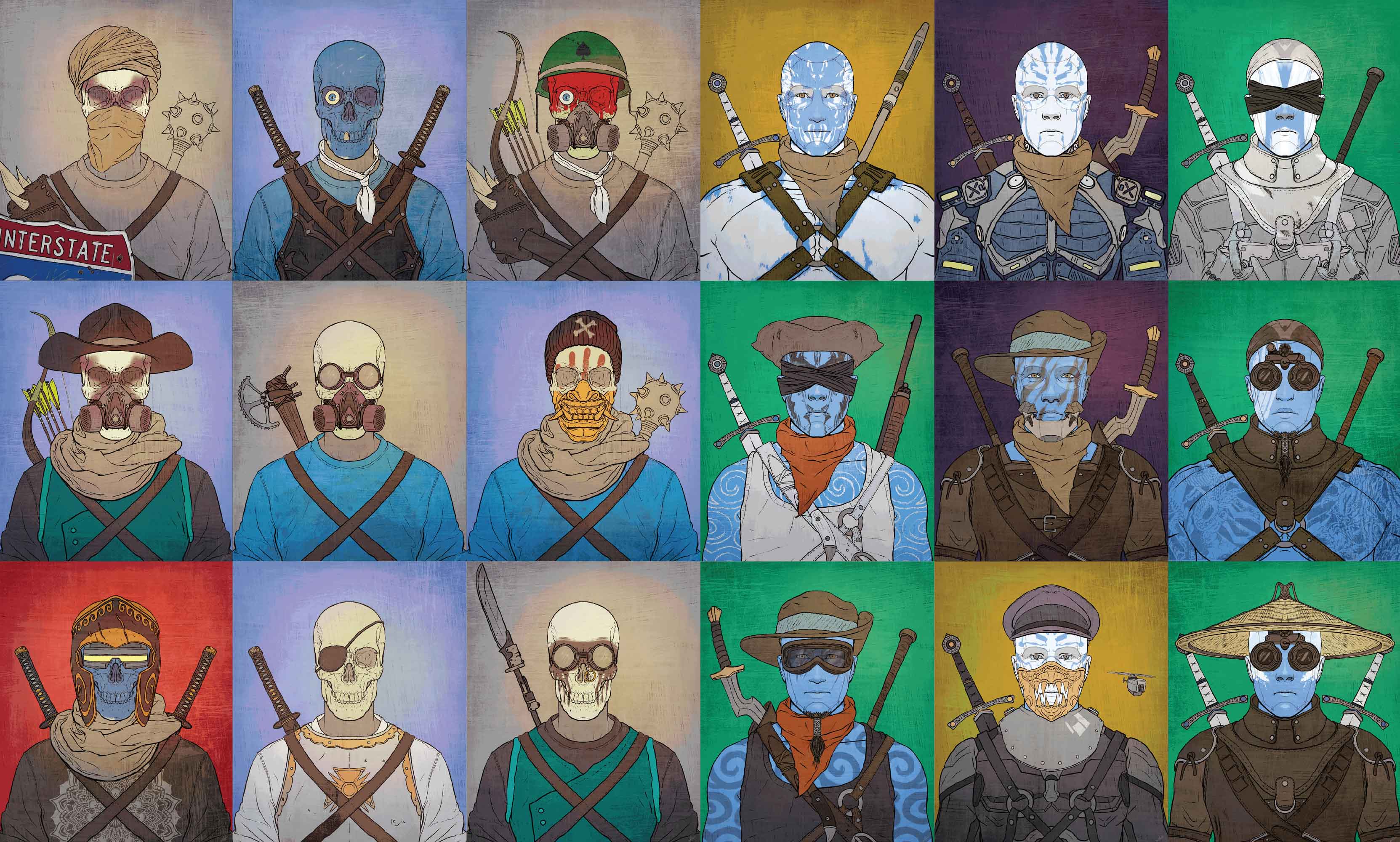 On this week's episode of Artist Spotlight, we caught up with Nuetosis, the creator of the first-of-its-kind storified NFT series Reapers v Androids.

The story of the Reapers v Androids is told through art, online social media battles, and various other methods still in development. The cardholders are able to steer the story through battles, wars, character transformations, and creating new characters.

Read the interview to learn more about this groundbreaking series and the man that created it.

Q: Tell us about yourself.

I am a US-based artist who works as a full-time graphic designer, art director, and illustrator. I’ve been in the industry for over 25 years, and have won a lot of awards for both traditional and digital works.

Q: How did you get into NFTs?

Q: Tell us about Reapers vs Androids?

I believe it is a groundbreaking storytelling NFT series. The story of the Reapers vs. Androids is told through art, online social media battles, and various other methods in development. You obtain your Reapers vs. Androids (among others) character and utility NFTs and you can help steer the story through battles, wars, character transformations, and even by creating new characters. Throughout, we will discover some of the mysteries of this fantastical, exciting, and complex world. 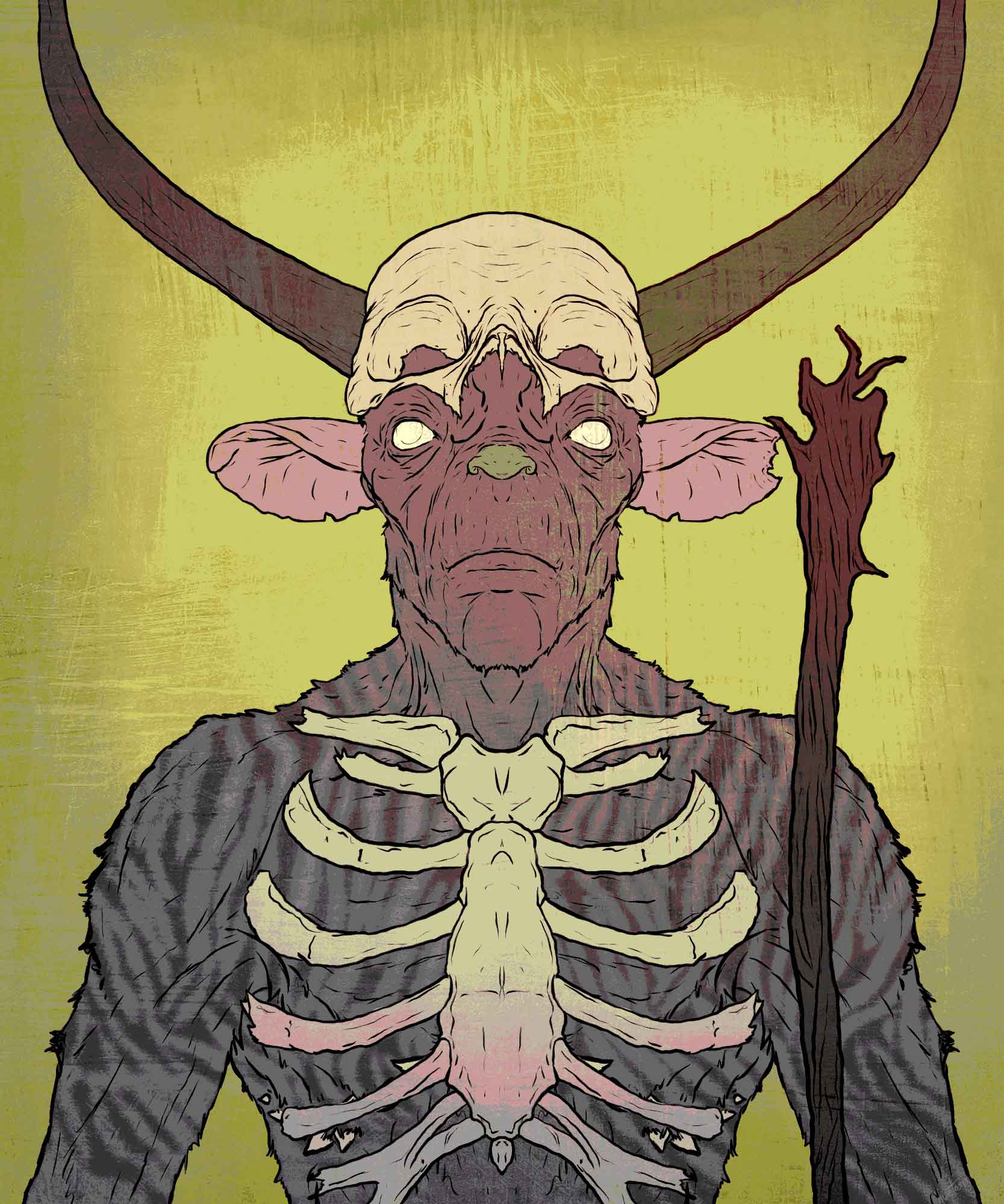 Q: How did you stumble on the idea for RvA?

I enjoy creating fantasy worlds in my head with characters, settings, plots, etc. A few years ago I created one of these worlds in order to make a graphic novel within it. Ever since I try to fit all my creations into that world in various time frames in its history. Currently, in this NFT collection, the world is in it’s 2nd post-apocalyptic phase. In a time after the last human has died, the earth is being ruled by the Androids and the Reapers. In this world, almost anything is possible. Is there a limit to creativity?

Q: We understand what Androids are, but the Reapers we can’t quite figure out. Can you explain what they are?

They all started as Androids. Reapers are Androids with their faceplates removed, lost, destroyed, or stolen. Because of this, the Reapers were treated differently in their society. They were seen as lesser beings. Eventually, fed up with tyranny and maltreatment, as they saw it, a rebellion formed.

Q: Do you see more storified NFT projects like RvA launching in the future?

I hope so. Mostly I’m seeing a lot of copycat projects in an attempt to ‘ride the wave’. I’m in it for the long run. Slow and steady.

Lots of people involved and participating in online battles, one-on-one random encounters, gladiator fights, and more. Then onto graphic novels, prequels, games, and eventually a call from Netflix. 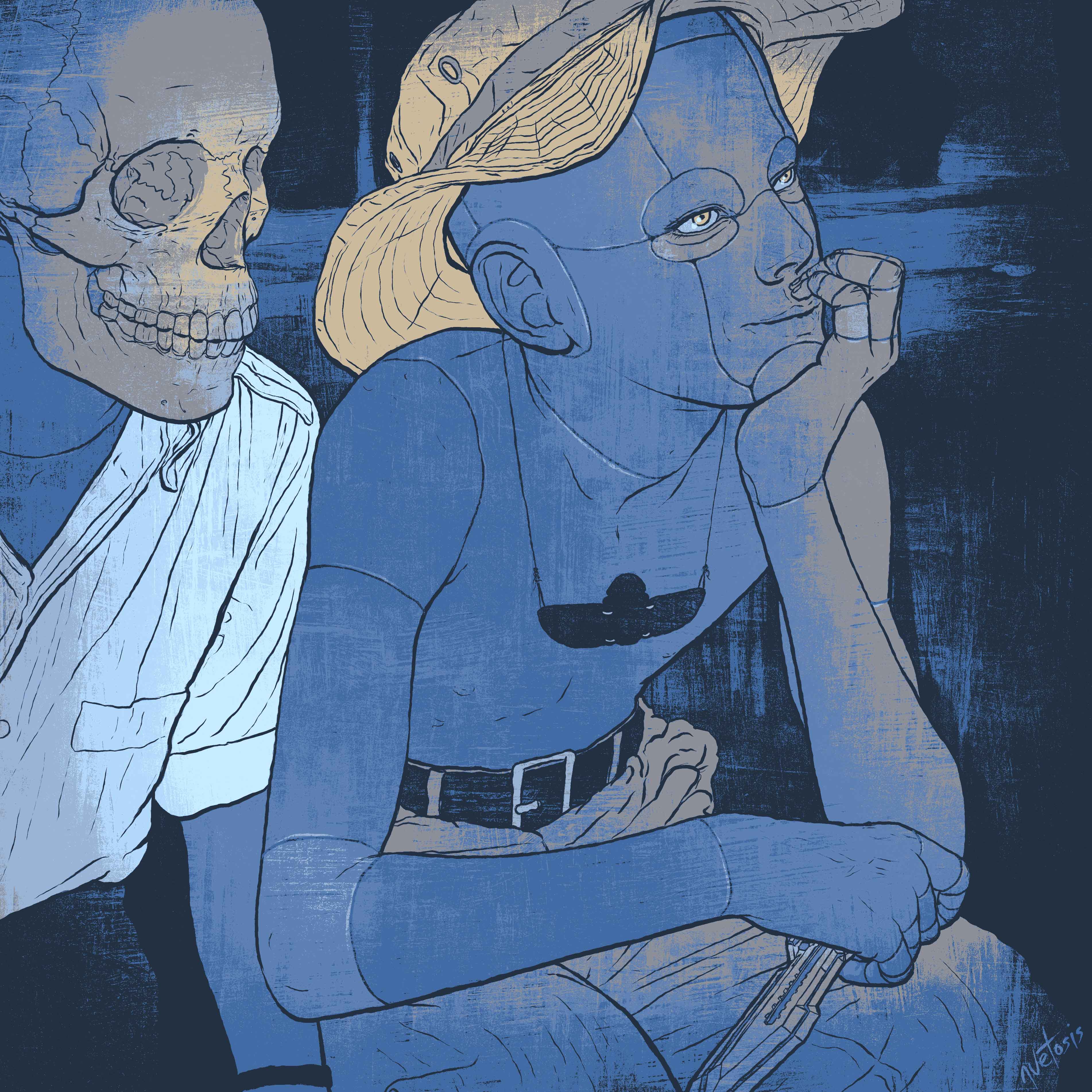 Q: How many NFT platforms have you tried and what has your experience been like?

Rarible (too messy), Foundation (crickets chirping...), OpenSea (is doing the basics for me), HEN (impossible, but has potential).

Q: What’s your favorite platform and why? It doesn’t have to be RMRK. We promise, won’t hold it against you.

OpenSea so far as it is helping me get RvA out. I need a web developer though as I’d like to increase the potential.

I start in my own head. Usually 40-50% of the time. When I get an idea, I think about it 24-7 until I’ve either worked it into the trash, or sculpted it into a viable option. Once I think it is viable, I go at it very hard, drawing/painting night and day, hardly taking any breaks. In my head, the idea must get out. This NFT space moves very fast.

Q: What are your goals in the NFT space?

I just want people to be involved with my stories. I’ve always loved reading and watching fantasy-type things. Star Wars, Lord of the Rings, Harry Potter, Narnia, DnD, etc. Yeah, I’d like RvA to be in a list with Tolkien’s LOTR. Is that too ambitious? Maybe, but I love to try.

Q: How do you see the NFT space shaping up?

I have no idea. It is moving so fast and every day I hear about another possible option. The potential is enormous.

Q: Do you own a Kanaria egg? / thoughts on Kanaria

No, I don’t own one but I’ve done art for one. I think Kanaria will be huge. People love surprises. The whole blind-egg thing is perfect for the NFT space.

Q: Tell us about the art you made for Kanaria. Did you take inspiration from the emotes? 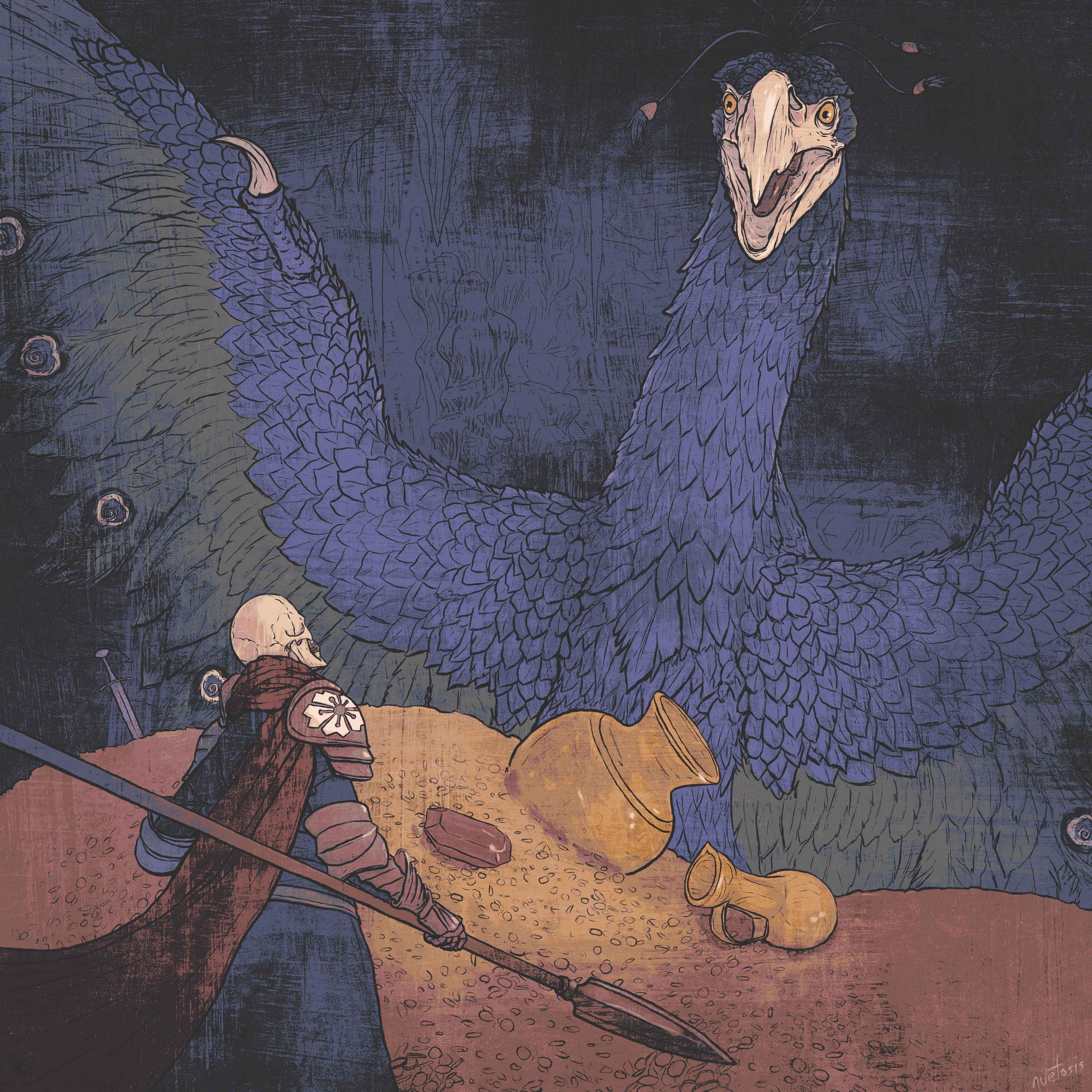 I made art for a Founder’s Egg. I took heavy inspiration from the emotes. I reviewed all of them and let them sit in my mind for a while through the whole inspiration phase. I believe, if you really look, a lot of these connections will be apparent. Some obvious and some very subtle. In other words, the emotes influenced the art’s formation within the egg. The emotes are written in its DNA.

Q: Have you considered making use of RMRK 2.0 functionality in your future works?

Yes, I have. I wish I had heard of RMRK before I started. That being said, I’m looking into possibly using it to enhance the series without altering what is already there. I can’t reveal too much at this point, but the potential to nest NFTs within NFTs could mean equipping your warrior before battle and then getting the advantages (or disadvantages) from the stats of all of the equipment you put on. It could be a wondrously interactive experience for those interested in roleplaying and fantasy.

Amazing story. Who would have thought that NFTs could also be used for storytelling? We'll be following the development of RvA closely as we're quite excited by its potential. Hopefully, we get to see Nuetosis and RvA in our multi-chain NFT environment.