Voyages V1 will allow users to mint a FREE NFT - their Flagship. Users will be able to exchange Treasure Maps (TMAP) for Voyages. With a Pirate, a Flagship and a Voyage users can go out and earn chests. We thought it was best to get a light version of the app out there as soon as possible to reduce TMAP emission, get people used to the core concepts and most importantly stacking those chests for the launch of doubloons, support ships & upgrades.

Release date is expected towards the end of next week, estimated 4th February.

Easy voyages make use of our custom random hybrid engine in a number of ways. Firstly when minting a voyage for Treasure Maps (TMAP) the engine will take block data to create a seed. This seed will then be used to generate the type and order of interactions on the voyage.

If users have multiple Pirates, it's about choosing the right Pirate for the voyage. It's better to send a Pirate with high luck on a Voyage containing lots of chests, but what if those chests are behind a series of enemies?

Flagships are required to go on voyages. Each Pirate will be able to mint a single Flagship NFT FOR FREE! This is a composable NFT which can be upgraded in future. In V1 all attributes on all ships will be set to 1. You will be able to sell these ships if you wish, but you won’t be able to voyage without one. If you fail a Strength or Navigation interaction your Flagship will be damaged and need repairing. It will be free to repair in v1.

Chest are the rewards for successful luck interactions. If your ship managed to brave the dangers of the high seas and come across some booty, will your Pirate be lucky enough to win a chest? In future you'll be able to open these chests to receive Doubloons, our in game currency. We may also add other goodies to the loot table, such as NFTs from other projects.

For those not familiar with Ethereum based randomness, it’s hard. As everything is on-chain, bad actors can engineer bots and solutions to guarantee outcomes, this means that fairness is very difficult to achieve. Our hybrid solution takes on chain data to create a seed off-chain, however this is provably fair and can be checked against the values after the fact.

Each interaction falls into 3 categories, Luck, Strength & Navigation. The higher your level in a skill, the more chance you will have of getting a successful outcome from that interaction. In v1, if you lose either a Strength or Navigation interaction, your ship will be damaged and will limp back to port and all further interactions skipped. If you manage to make it to a Luck interaction, a high luck skill will give you the best chance at earning a chest.

We created v1 to get the on-chain game into the hands of users so the first thing to come is v2.

This will add a number of other mechanics into the game.

Consumables that add skill points (single category) to your fleet's total. They are always hit before your flagship, but are destroyed if they take damage,

Six upgradeable parts to the ship. Each upgrade provides extra skill points, depending on the part upgraded.

The skill-based element of the game lies in your decisions and strategy. Which Pirate you send on a voyage, how you’ve chosen to upgrade your flagship and which support ships you decide to take will all impact how successful you are on the high seas.

The upgrades and support ships will be paid in doubloons.**

Not only will your flagship have upgradeable skill attributes, it will be upgradeable visually. We will be designing a flagship where you can upgrade the skills and the visuals independently.

This means there will be clear differentiation between your flagship and others, even if you have the same level.You also won't be locked into using cosmetics you don't like just because they have good stats, something any RPG player is familiar with!

These cosmetics will be limited mints and will come in different rarities, for example in the 1st collection there may be:

There will likely be six parts that can be upgraded visually. These visual upgrades will be purchasable for doubloons.

Our website is currently designed to be functional and simple, but that doesn’t represent the product we want in future. We are currently looking at options that blend the point-and-click genre with Web3 functionality. The art has been commissioned and UX/UI design is on-going. We’re hoping this will be an interactive and engaging environment for users to Voyage in. The work is further on than below, but here's a couple of teasers. 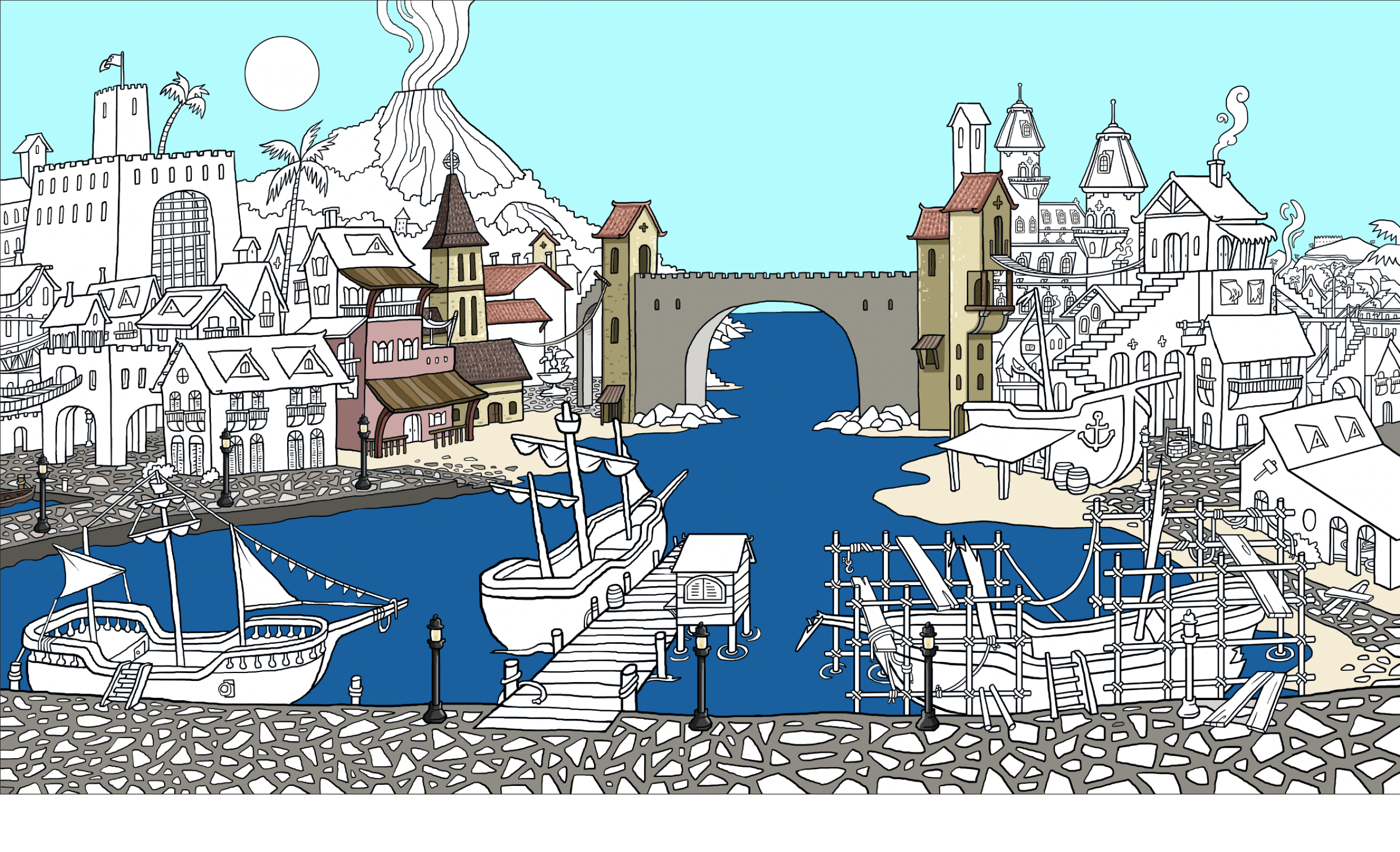 You'll need to visit different stores for your voyage With the number of items coming out of the game increasing such as ship cosmetics, artefacts and flagships it’s likely that there will be a lot of trading and having to move to secondary market places to do this will likely prove a frustrating experience.

Creating our own marketplace will give us the ability to streamline this process and will also bring trading fees in house. It would also allow us to split some of the royalties / platform fees into the DAO to help grow the treasury.

Probably our worst kept secret. We believe NFT communities shouldn’t be walled gardens, they should be open, cross-project, cross-chain. Sprites can be used in other top-down 2d projects and we will seek integrations into these projects. Hopefully users will enjoy voyaging and living in the DPS world, but if not the ability to traverse other metaverses will be there.

Once v2 has been rolled out and we are happy with the balance and the economy we will look to onboard new players via a secondary collection. New players are key to growing the project in both awareness and demand. As previously mentioned these players will not generate TMAPs.

Secondary collections will not be parrots and will be a larger collection than the original.