All technicals aside, what are the key differences between Kusama and Polkadot 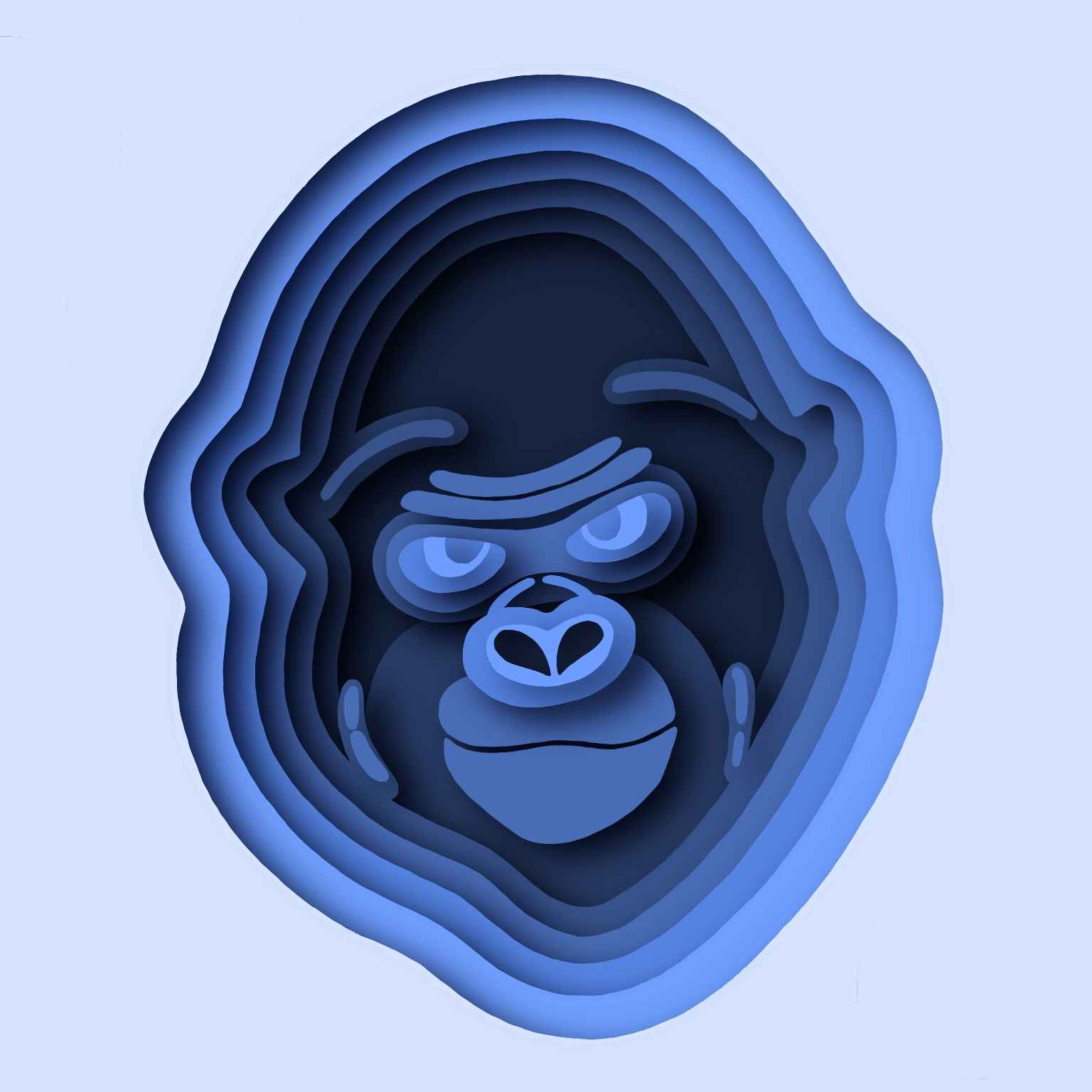 All technicals aside, what are the key differences between Kusama and Polkadot

Up until now there are no certainties when it comes to Polkadot opening the first of many parachain auction sets. Yet the hype in the community is raising (damn rightfully so!).

Polkadot is amongst the top 3 searched crypto projects on twitter and long time HODLers can feel the tension building.

As it lies in Kusamas nature, Kusama has front run Polkadot and lay down a banger of an opening auctions, 5 of them were concluded successfully. It was a taste of what we can expect over and over and over again with projects battling for a parachain slot.

But why is the interest in DOT in anticipation of the auctions as clear and as high in % as moonshine, when there is a similar layer 0 ecosystem that has already been there and done that without becoming top 3 interesting project? (If you can’t tell, I am talking about Kusama, Duh!)

So let’s look at the arguments I would come up, when having a discussion wether a person should hold 1 KSM or 1 DOT.

To do so, we need to look at the general opinion and some details of DOT vs. KSM

DOT is the giant that will allow enterprises to build on its relaychain as layer 1 and above. Polkadot is most attractive for the big players as it is more secure, more stable and in general more serious (it wears a suit) and will attract bigger and deeper pockets compared to Kusama. But maybe the more flexible and more open Sunnyboy (aka Kusama) has a few advantages up his sleeve that might represent a bigger upside to investors who are looking to get the most out of their invest.

Here is a bit of KUSAMA magic, that might make you rethink aping into DOT for 100% and might make you take a 2nd look at throwing a few bucks at the Party loving explorer.

I will refer to KSM and DOT as GOLDEN TICKETS every now and then. This is a simple gamification for the use of KSM and DOT in crowdloans. Owning a Golden Ticket might not give you access to a big chocolate factory and an after show party with some Umpa-Lumpas, but it will give you early access to the newest projects on Kusama and Polkadot. As you will get your KSM/DOT back 100% after the parachain lease ends, your tickets can be reused over and over. So I started referring to them as Golden Tickets.

Holding KSM or DOT is fine, it generates staking rewards and is a cool investment on its own.

In parachain auctions you can back your favorite project and lend them your KSM to receive native tokens of the backed project + get back your KSM after the parachain lease ends. We already see the effect with Karura’s KAR token that currently already trades above 7$ and was handed out to crowd loan backers, in Kusama’s first batch of parachain auctions, in a ratio of 20+ KAR per KSM (you do the math yourself)

This is why holding KSM and DOT is like having Golden Tickets that can be reused over and over. (It should be common knowledge by now but for some people it isn’t)

Kusama has more variety to offer Projects that go for a parachain slot on Kusama first, want to develop their tech in a fast and flexible environment. This gives Kusama a wider variety of new tech that wants to be tried out. In the end Kusama can be viewed as a startup hub. As the outcome of all those new projects is still uncertain, it bears obvious risks. Investing is always a risk reward game. When the risk is higher, the rewards are usually higher. Thats the reason why projects on KSM will most likely offer a bigger reward to their backers than they would on DOT, after their tech and business model has proven itself on KSM.

It is not guaranteed that projects on Kusama will succeed and make it to a 2nd round of crowd loans for another parachain slot or even upgrade to try to run for a parachain slot on DOT.

Some projects might fail despite the genius systems implemented in KSMs auctions that prevent bad apples from even making it to the juicer, or to make it more clear, to even enter the factory (parachain auctions). On the other hand some successful projects will find the environment on Kusama so suiting that they would never even want to upgrade to DOT in the first place.

Upside to holding KSM: -potentially higher rewards when backing a project in crowd loans. -receiving tokens of projects that might not upgrade to Polkadot (even though this argument is vague as some projects might only launch on Polkadot without opening on Kusama)

Leasing times for a parachain slot While projects can lease a spot for a parachain on Polkadot for 2 years, projects can lease slots on Kusama for 1 year (both timeframes simplified). What does this mean for you? Very simple: Holding Kusama Golden Tickets will give you twice the opportunity to back projects. Also it gives you double the opportunities to put your KSM back into staking or even sell them. Locking your DOT tickets for two years is quite a commitment.

Upside KSM: -Kusama is faster and gives you more opportunities to change your strategy or back twice as many projects which leads to a bigger portfolio with more variety (if you want)

A wider variety and flexible environment caters a wider community Kusama is cheaper for projects to obtain, therefore it will receive a wider variety of new tech that has not yet proven itself. This wider pallet of tech to choose from, utilize and test is very favorable for developers. Kusama gives them the option to get their fingers on tech way before it hits DOT. But more importantly Kusama by design offers a bigger playground for developers which results in a bigger community cherry picking from Kusama.

Upside to Kusama: -The value for development is higher for a larger community of developers

Projects might offer the same token on KSM and DOT Some projects might want to utilize the same native token for their launch on Kusama and later on for their development on Polkadot. When you rent out your Golden Ticket to a project for a higher reward in a higher risk phase and get a native token that is later on also offered to backers of the same project on Polkadot with a lower risk and a lower reward ratio…guess who will be laughing?

Obviously early entry bears the risks but it also makes the difference of hitting a 10 bagger or a 1000X moonshot. When the project is promising enough, research has been done and you are sure the tech and business model will be bulletproof, you would want to ape in as soon as possible. You will need to hold KSM for this.

Upside on Kusama: -Early bird gets the big worm. /food for thought: Is Kusama’s logo a bird because its just all that DOT is but earlier -The early Bird-? Besides the narrative that Kusama. is the canary in the coal mine for Polkadot.

Total marketcap By simply looking at the total market cap of Polkadot and Kusama, we find that Polkadot is currently valued at 10 times the value of Kusama. (simplified) To move the Market cap of Polkadot it would require 10 times more power than it would require to 10 fold Kusamas market cap. Simply put: To 10x DOT you will need two aircraft carries to pull this thing up, when you only need a superyacht to pull Kusama to the 10x destination. The amount of money you need to double the DOT price is enough to 10 fold KSM.

Upside on Kusama: -When the market realizes the true creation of Dr.Gavin Wood, Kusama can move much faster upwards. Especially as we already have roughly 12% of all KSM locked up by the first round of parachain auctions. #supplyshock

The King is nothing without his Kingdom When Polkadot is the shiny King on his thrown, be sure that once you remove all the fundamentals which his glory is based upon, he will only be some old dude bragging about good old times. Polkadot needs Kusama to be its kingdom. It needs Kusama to be on the fields doing the hard work, it needs Kusama to provide for the whole city. Kusama is designed to onboard new citizens and teach them how to behave in the structure of the city so they don’t mess up when they actually get to work for the king. The king can eat in peace because he is guarded and everything is safe. But this is just because the ground work has been done by Kusama. The groundwork is where the kingdom evolves, where technical revolutions happen and where battles are fought. It is not that Kusama is worth more than the King, but this narrative should put into perspective that a value ratio of 1/10 might not really be a long term situation.

Upside Kusama: -Dr. Gavin Wood stated that a value ratio of 1/4 for KSM compared to DOT is where he would see it being a fair valuation.

I do not take narratives as given. I ask questions and challenge opinions. I am an open minded person but I have chosen to put most of my believes in Kusama for the reasons I described above and many more.

In general you will be a winner when you have made it this far to read these words. Wether you are a serious Polkadot investor or a true Kusama freedom fighter.

The whole setup by the Web3 foundation under Dr. Gavin Wood will (in my opinion) revolutionize the crypto space and make us all smile in a few years down the road. The true potential is almost too huge to fathom yet.

And with this small shill I shall end this write up.

A big thanks to the chaosDAO for constantly staying critical and bringing the most valuable opinions together to puff puff pass knowledge.