On this episode of RAS, we spoke to Valentine Kitchenzky, a Latvian digital artist who loves to collaborate with others. He is most known in the RMRKverse for his Talking Heads Collection (THC) in collaboration with Grood. He first came on our radar during the Kanaria art contest. He submitted two birds that were liked enough by the Kanaria community to be voted into the top 40 entries. 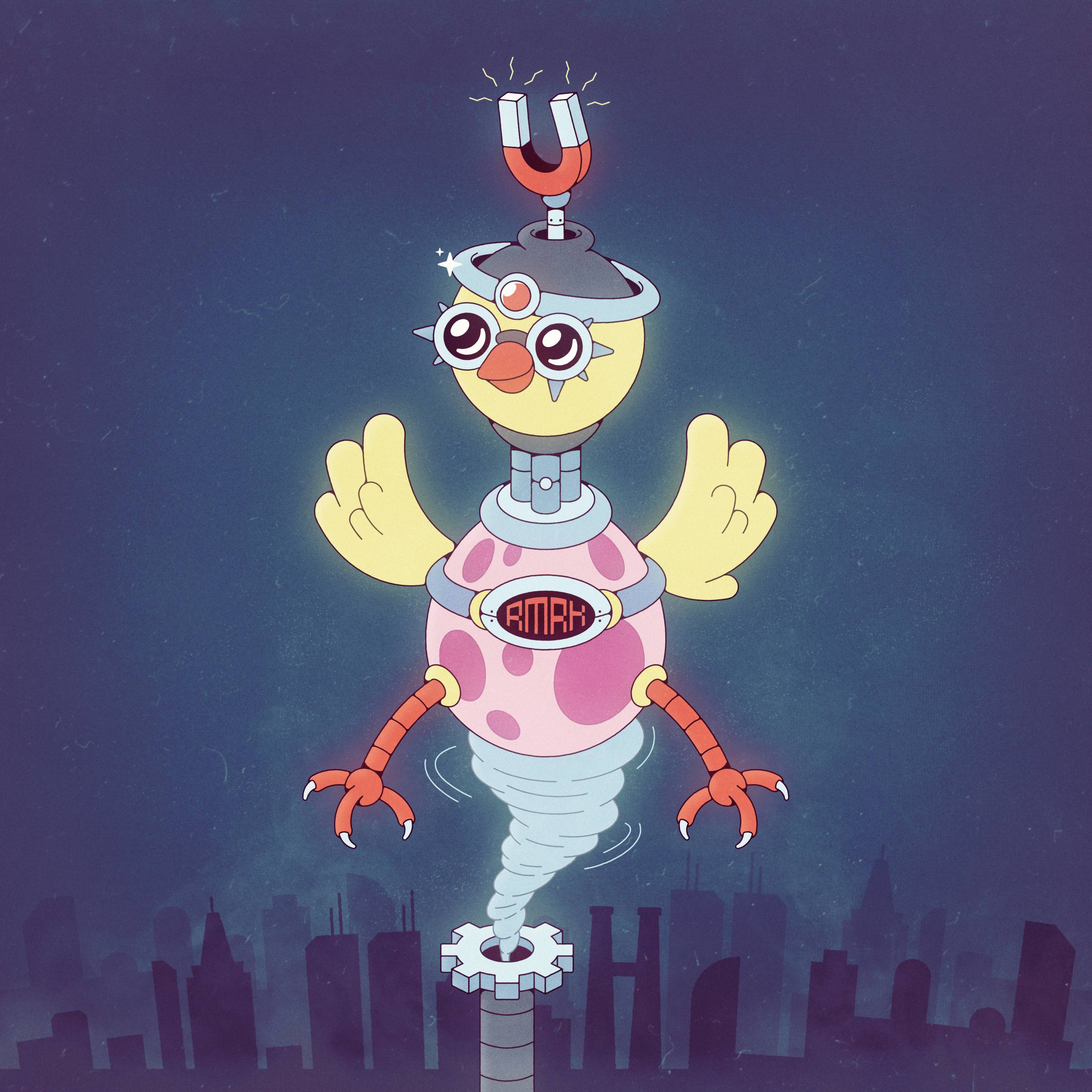 Our conversation with Kitchenzky was a really interesting one. We talked about his art and NFT journey, his love of collaboration, his creative process, sources of inspiration, and more. Read the interview below.

RMRK: How did you start your art career?

Since kindergarten, I’d always wanted to become a cartoonist. At 5yrs old, I was already drawing cartoon characters. Throughout my schooling years I was drawing, taking photos, and developing my skills in photoshop. After school, I decided to learn design and search for a job that would be related to design. Ended up working at an advertising agency while also doing some freelance work. I was eventually hired by an American/Latvian startup (that helps game developers monetize their games) where I now work as a lead designer--responsible for presentation, animation, ux/ui, everything at once. So this is it. In my free time I keep learning, drawing, and doing cool art stuff.

How did you get into NFTs?

I heard about NFTs from one of my previous colleagues maybe a year before. I checked and found (I think it was) Rarible and was shocked at how much it cost just to mint your work there. I was like I will not do it. I don’t wanna spend money to put something on the internet just to watch it collect dust. So I skipped that and, after a year, another friend, Yuri, reached out to me regarding a new project he was working on (RMRK). We’d known each other for some time and sometimes he would ask me to draw something or design something for his previous job.

Since I was already interested in Kusama and Polkadot, I was excited about the project he was working on. I started by joining the Kanaria art contest. When that was done, I moved on to Singular. And that’s when I really got into NFTs. I was shocked by how cheap and easy it was to mint on Singular. I realized that I could do some interesting work that excited me and also get quite good money in return - but this is not the main thing. It was really amazing to do things you really enjoy and collaborate with other artists. And it is really amazing. 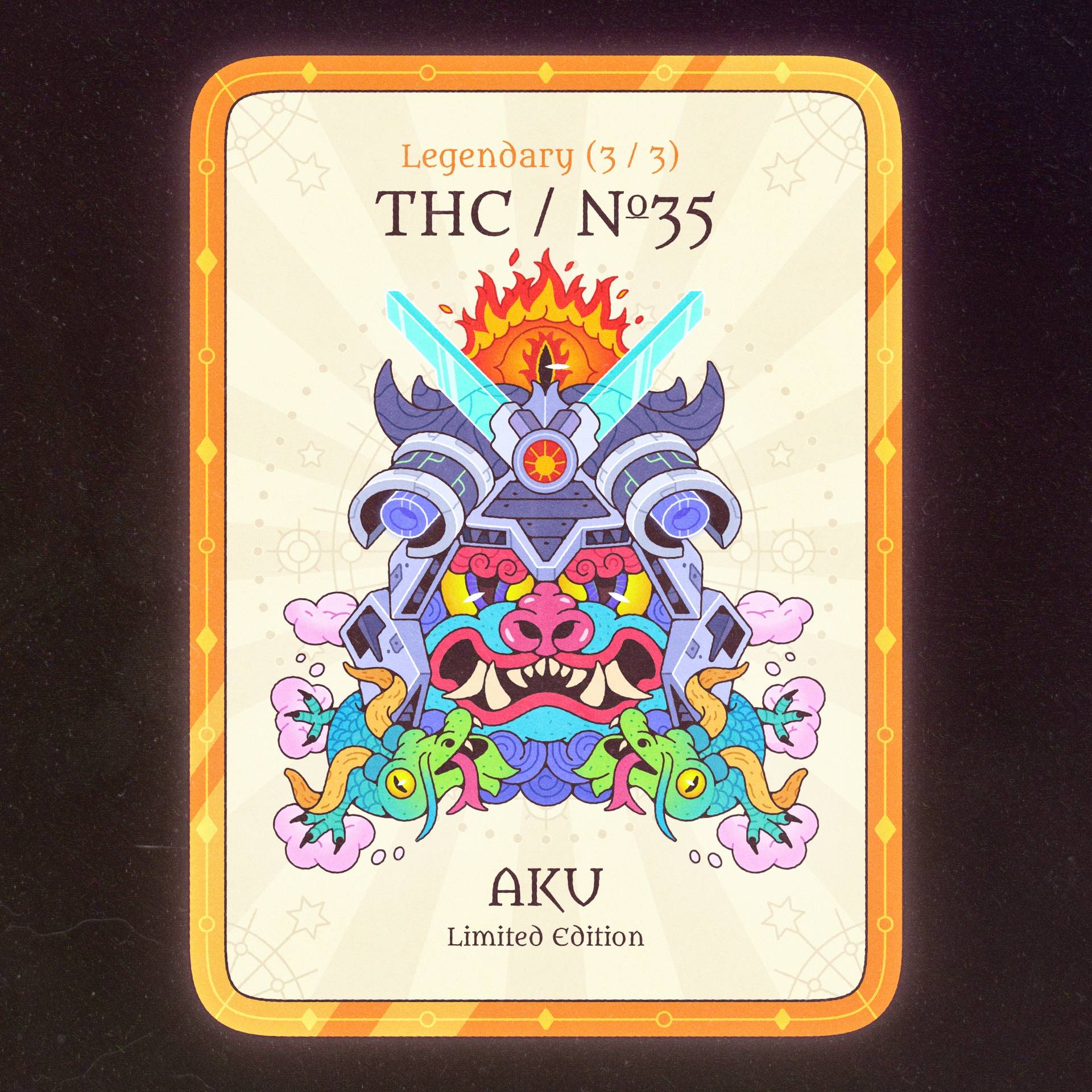 What is your favorite project that you’ve worked on?

I really like the THC project (Talking Head Cards). We made it together with Grood, my friend from Russia whom I’ve never met. We found each other while we were studying a Mad Rabbit course in illustration. It was while studying that the Kanaria art contest appeared and I called him to participate in it. Some of our artworks won in some positions there. After that, I tried Singular and saw that it was the future. We got talking and decided to make the THC collection.

NFTs have provided accessibility and exposure to various forms of digital creations. Do you have new artists that you follow and what do you find interesting about them?

On Singular, there’s lots of really great artists, like Grood, Shiba tales & Tako, cvetommy, UNDER and much more. Lots of them came from Mad Rabbit’s course. He (Mad Rabbit) of course one of my favorite artists because his works and way of studying is amazing. I really respect him for the knowledge that he’s sharing with us.

I think, like other artists, I try to look around and find interesting things to mix together with some ideas, thoughts, and/or natural forms. Some things I like, others I don’t. When I find things I like, I sit in front of my computer and draw these things together.

On the other hand, it is really interesting to collaborate. For example, with Grood, we always work in parallel. He is drawing one thing while I am drawing another, and when we’re done we send to each other to get feedback. We then combine the two things into one. It is really interesting when you see the end result and then revisit the raw idea sketch to see how totally different (better) it got. There is no magic there. Just knowledge. Skills. Ideas. Sometimes there’s obstacles in the way because you don’t know how to do something or draw something. And you try to find a way to show your vision. It’s interesting. It’s an exploration. 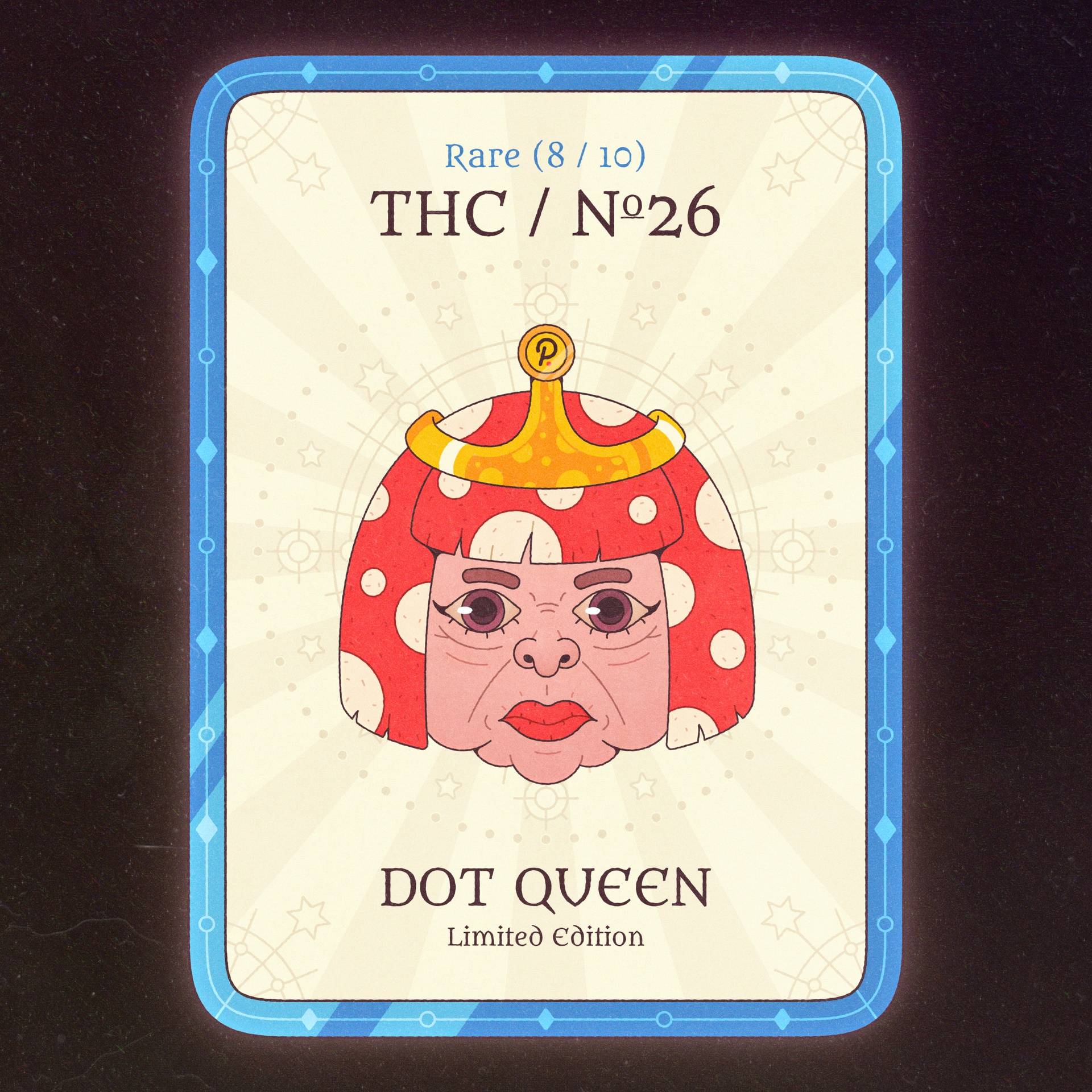 Where do you get inspiration from?

My inspiration is in relationships with people. When you see someone burning with passion, it’s really inspiring. It may be music, drawing, or even cooking. Also, I get inspired by nature--flowers, trees, everything. And then there’s music. These are the main things I find inspiration in.

What are your goals in the NFT space?

I think the main goal is to do things as I like and how I like them. NFTs give you this freedom to think of any idea and develop it into some work. In the end, it may be something unusual or something really interesting. This is really interesting because when you’re talking about commissioned or freelance work, your main job there is to do what someone else wants.

For example, you make something really good that you later feel needs to be “improved”. Sometimes this improvement may go in the opposite direction to what the client wants and so you silence yourself. But in NFT you can do things as you wish and this is really exciting because you can also get some extra money there. I mean, you can become super rich, but this will not give you happiness. I think true happiness is freedom. 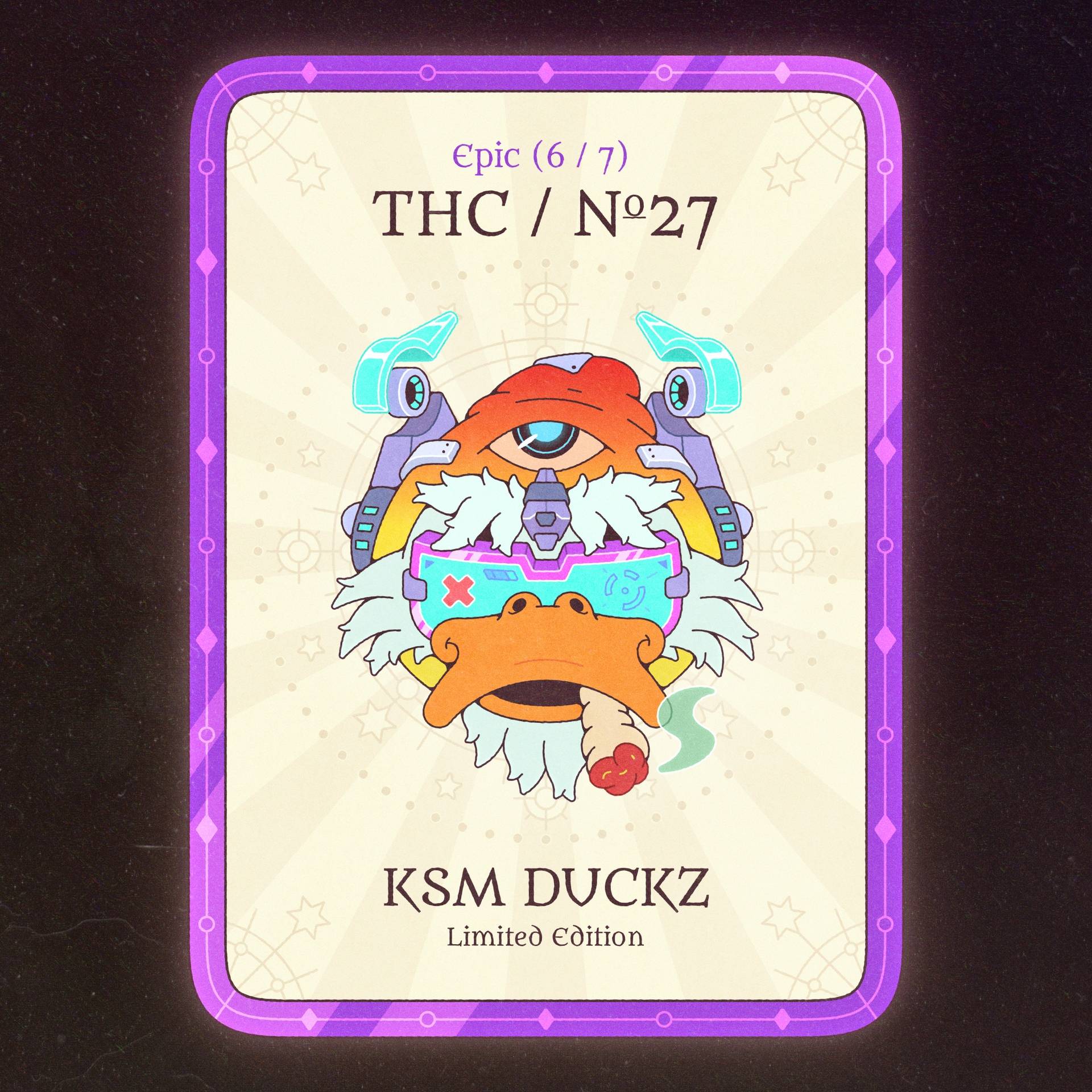 How do you see the NFT space shaping up?

I think there will be a lot of interesting projects and a lot of collaboration. On Singular, there is already a lot of collaboration and this is good--people communicating and making interesting projects. I’m really eager to see what it will become because it’s like less than a year and there’s already a lot of newcomers who do really dope things. You can already see the growth from July. It’s totally out of space now. It will just continue getting better and better.

What would you most like an NFT platform to have?

Some practical things--bids, options, and things like that. But I know that will be developed sooner or later. But right now the main thing to get right is the corporate culture. Everyone is happy for everyone else's success and there is no anger or envy there. I don’t know. I think I'm idealistic here, but it is annoying when there is bullying, envy etc. They destroy even really good things.

I also want to see on the platform some big projects that are developing and people taking part and doing collaborations and something new. Only in the future holds the answer. We’ll see how far it will go. 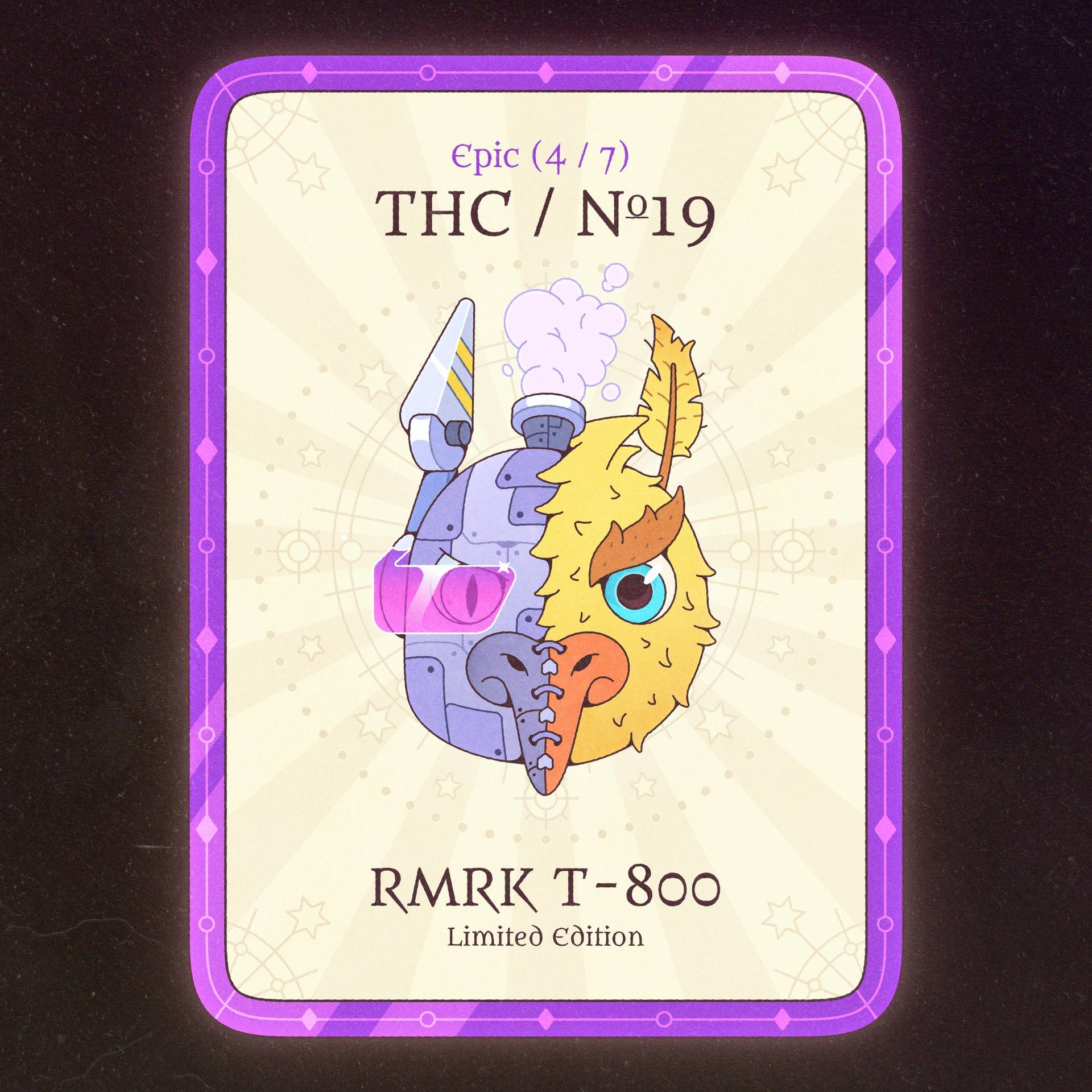 What exciting new stuff can we look forward to from you, and where can people find you?

I am working on an interesting project with Grood and Yuri Gii (RMRK). We are making some interesting programmatic things but I will keep it a secret. You will see it after some time. I’m actually also excited to see the result because there are some unknown things.

I would also love to share Mad Rabbit's Singular space. I really appreciate what he did for me.

We loved getting to know Valentine and were particularly impressed by his idealistic predisposition and colloaborative spirit.

We believe the world can do with more idealism especially in relation to individual freedom, and so agree with him that the main benefit NFT offers artists is freedom. This is why we are saddened when we see someone with impressive talent succumbing to copy/paste ideas (*cough pixelated pfp of no originality) in the name of riding a wave (for profit).

We understand the desperation but also hope that artists understand that the future belongs to those who push boundaries in an original way. That said, it is also in the interest of freedom that if copying/pasting ideas is what the artist wants to do, then they should be free to do it.

Are you a talented digital artist? Start minting your cool NFTs for free on Singular, a brand new limitless NFT ecosystem. Apply here to get a sponsored trial of Singular worth 500 FREE MINTS! Feel free to refer your friends, we will be happy to sponsor them too.